Named for Dolphin Ward Floyd, a volunteer from Gonzales who died at the Alamo, Floyd County was created by the Texas legislature on August 27, 1876. For near 130 years, this rural area has relied on farming for its sustenance and economic maintenance. For the most part, Floydada farmers have relied on cotton for their primary source of income, however, many other crops have emerged, including corn, wheat, milo, onions, peppers, alfalfa, and others. The most widely publicized crop in the area has now become the legendary pumpkin.

The history of the pumpkins in the country date back to 1841 when a Santa Fe expedition passed through and stumble upon a group of Indians. The Indians were startled and ran away leaving behind pumpkins that were quickly eaten by members of the expedition. However, the real patriarch of our area pumpkins was long-time farmer, B.A. (Uncle Slim) Robertson. 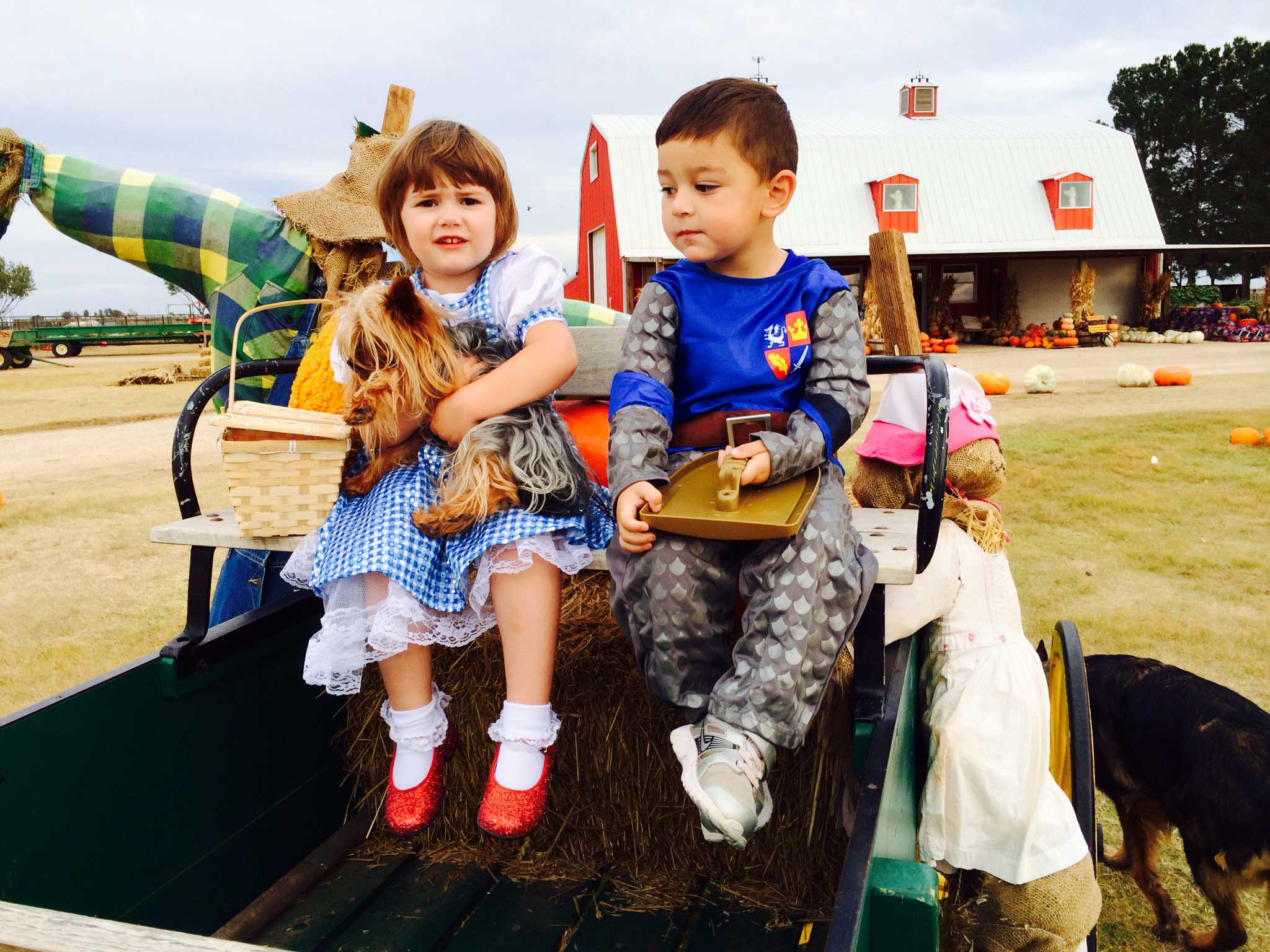 Robertson originally began with only ten acres of the orange crop and as the demand increased, so did his acreage. He became affectionately known as “the Pumpkin Man” and sold his product on the roadside next to his home. Later he began shipping truckloads all over. Robertson’s claim to pumpkin fame was reinforce when a number of years ago, he received a letter from out of town addressed to “The Pumpkin Man Southwest of Floydada, Texas.” Today the legacy left by “Slim” Robertson has triggered a surge of community pride and enthusiasm as Floydada has eagerly risen to fame as “Pumpkin Capital, USA”

How did Floydada earn the privilege of becoming the “Pumpkin Capital”? The facts and figures tell it all. Although only about 1200 to 1400 acres of the crop are grown annually in this county, pumpkins produce about 20,000 to 50,000 pounds per acre. That’s approximately fifteen to twenty million pumpkins. Pumpkins are among the few crops which are harvested almost entirely by hand from the picking to the loading on and off trucks. This time consuming task is complicated by the number of, size of, and variety of pumpkins being produced.

The varieties of pumpkins include but not limited to….

We also market many varieties of winter squash used for display or as a vegetable for a holiday dinner menu. A few of these include…

Within three years, “Punkin Days” was to receive recognition from local and state-wide television stations, area newspapers, national magazines, and recognition on nationally broadcast programs. The event gathers several thousand tourists each year to watch and participate in a fun-filled weekend of activities. The “Punkin Days” committee’s philosophy of “fun for everyone” continues to lay the groundwork for creative contest ideas which draw hundreds of young and old, intellectual and downright silly participants.

Some activities at “Punkin Days” include…

“Punkin Days” festivities begin early on the 2nd Saturday in October.
Races kick off the day at 9:00 am followed by a variety of pumpkin games and activities for all ages.
Arts and crafts booths surround the square offering bargain hunters creative gift ideas.
A detailed schedule can be obtained early each fall from local businesses or contact the Chamber of Commerce at 806 983-3434 or on the web at www.floydadachamber.com

Have a question or looking for help?